August was a very busy month for me.  With all my magic performances across the Edinburgh Festival Fringe 2017 mainly at The Pleasance Courtyard, which I finished off with Electric Fields 2017 (Dumfries & Galloway) at the first weekend of September and a 65th Birthday party in Edinburgh.

I met so many awesome people over the month, it was an amazing time.  I decided to take photos of folk that I connected with (and asked them for a photo caption) and posted all 61 photos on my website (see photos below) or check out this link to look at the full photo gallery – www.beyondbeliefmagic.co.uk/pleasance-courtyard

I was also invited to perform some nights at the Edinburgh International Conference Centre (EICC) –  which this year hosted some Pleasance Theatre shows, I gave 10% of my takings from EICC to Waverley Care, which The Pleasance has supported for many years.  I finished off my Edinburgh Festival 2017 experience watching the Festival Fireworks over the castle – which was fantastic!

After a few days rest – I was at Electric Fields Festival 2017 performing to festival goers and then to a 65th Birthday Party in Edinburgh.

I am now taking a well earned break – in Oswestry (on the Welsh / English border) for a mental health recovery camp, which I have helped to organise for the last 3 years.  After a long drive I arrived this evening. It is situated in a rural glamping setting, with yurts, barns and bell tents. I’m sleeping in a stable that has been converted for sleeping. Looking forward to a fun week ahead.

If you are one of the many people who saw me perform and want to see my magic again – why not book me for an event you are having?  Magic is now my main job, so I am always on the look out for events to perform at – weddings, charity events, parties, festivals, dinners, corporate – where ever your event is, get in touch.

Check out photos of my Adventures below – CAN YOU SPOT YOURSELF?: 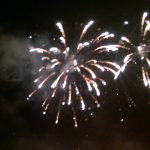 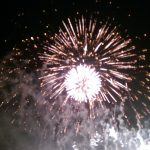 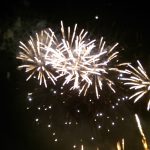 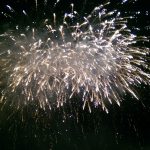 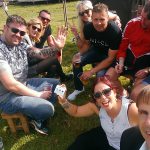 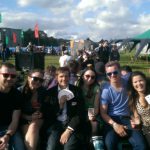 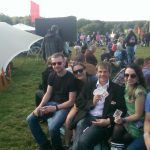 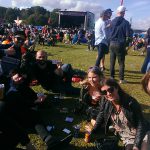 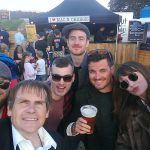 Performing around the Pleasance Courtyard – Edinburgh Festival Fringe 2017 (Newest to Oldest – caption added by group)
(To see the full photo click on this link – www.beyondbeliefmagic.co.uk/pleasance-courtyard)