Today I have been moving onto my boat!  It’s been a long day and I am super tired, but feeling good that about 80% of my stuff is now on my boat, mostly unpacked and I still have some storage space!

I was up at 9am and continued packing boxes up, mainly books.

Danny came and helped carrying the boxes down the stairs and into the car.  Then Honey and I headed over to the boat and Danny joined us to help unload the car and carry the boxes to the boat.  It was so much quicker moving everything with two people.

Then I slowly unpacked everything and filled my book cases with my books.  I sorted through more of the books, deciding ones I didn’t really need, putting them aside.  The book cases on the boat are really narrow, so the books have to pile up on each other, rather than upright.  If they could stand upright they would stick out a lot and then get in the way walking down the boat.  The gap between the double bed and the book case is pretty narrow.

But I’ve managed to get most my books on the shelves!  Although, since returning to the boat realised I haven’t cleared any of my magic books, so this may take a bit longer!

I’m going to rearrange them all into some kind of order!

I also managed to bring a chest of draws, hat I have had in my flat, which fits easily in the space next to my sofa.  It’s light enough to lift and move, so that I can move it and then pull the sofa down and turn it into a bed.

This is great, as it adds 4 more drawers.  It’s a bit bashed, but I am thinking of sanding it down and giving it a varnish.  It’s got wood carvings all over it.  The box on top was used for a magic trick I did in my first Edinburgh Fringe Show.  I bought the box in a second hand shop and then took all the inside parts out and cut a small hole in the top, for the trick. 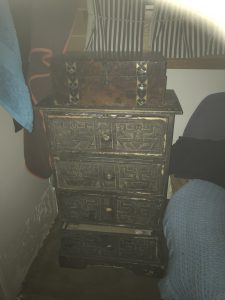 This book case has an interesting story.

When I first moved to Edinburgh, there was a great Body & Soul shop near the top of Cockburn Street.   It was run by a guy called Tom McCarthy, who had lived for years at Samye Ling, Europe’s largest Tibetan centre in the Scottish Borders.  I got to know him visiting the shop over a few years, chatting to him and buying books.

He then opened a second Body & Soul type shop on the Royal Mile.  At the end of 2002 I moved a way from Edinburgh, returning in 2008.  One day, not long back, I was walking down the Royal Mile and saw that his Royal Mile shop was closing and was having a clearing out.  This bookcase was sitting outside the shop with a sign saying “Free – to a Good Home”.  So I took it and it’s been in my home ever since.

A few years I go, I started going to Samye Ling for a weekend once a month, staying there.  I was on a walk in the hills nearby and then onto the road about a mile from Samye Ling.  As I walked past a house, I saw Tom outside – so approached him and chatted for a while, he remembered me 🙂 – now making his own honey from bee hives.

I told him the story of the bookcase, asking what wood it was.  He told me it was coconut wood, saying that before he got it, it was in Indonesia!  So it has lived in many different places – and is now on my boat 🙂

Another item that has a great story attached to it, is a key box.

Myself and Brian were on holiday, I think it was 2009 or maybe a year or so earlier – Brian will know.  We flew to the Isle of Barra, in the Outer Hebrides, landing on the world famous runway – a beach!  On our second day in Barra, we went to a dance (that is what the islanders call a ceilidh).  They had a raffle, bought some tickets was super excited to maybe win, the prizes looked great!

But when the dance came to an end, they hadn’t done the raffle.  Getting everyone to leave.  I was horrified, so I approached the lady who sold us the tickets, (who later we named by us, as ‘Raffled Woman’), asking what had happened to the raffle draw.  She explained, that they had run out of time to do the raffle.  I must have seemed really annoyed, because she said “wait here” – she went away and came back with a prize.  It was the first prize – a sweetener to keep me quiet.

It was big and bulky, and we were just travelling with tents and rucksack, so I sent it to my flat in the post.  Which I picked up from the post office, when I got back to Edinburgh.  I’ve had it in my flat ever since, but never used it.

But now it is perfect!

Even better still on my ‘bathroom’ door there are 3 nails, obviously something was hanging on them.  The key box fits perfectly on two of the nails – it was meant to be 🙂 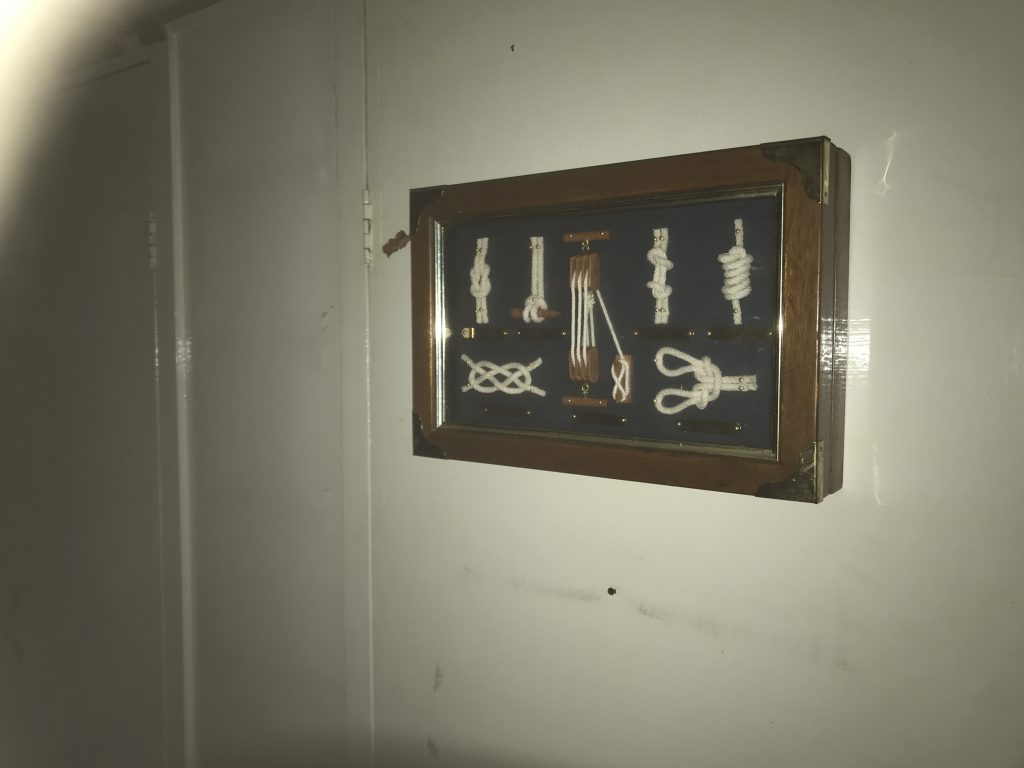 It opens up and has hooks for keys to hang 🙂

On my final trip back from the boat, about 11.30pm, I was aware just how many groups of people were about, partying and drinking.  Of course, today is Halloween 🙂

As I waited at traffic lights, a large private taxi pulled up next to me and 6 women, in the taxi, started waving at me.  They opened the window and so did I, they were all drunk and shouted “Happy Halloween – are you having a good one”.  Before I could talk more, they lights changed and they were away!

Edinburgh lockdown restrictions states 6 people from two households can gather outside and no one can go into each others houses.  With pubs/bars and restaurants closed, they must have been in someone’s house.  They were dressed in ‘going out’ clothes – so can’t imagine they had been drinking in the park?

As I continued to drive through Edinburgh, I noticed just how many large groups of people there were about, walking – not social distancing.

It seems, at least tonight, that many people have stopped following lockdown restrictions 🙁

On our morning walk in Dalmeny Street Park, I noticed some bird boxes have been put up on the trees.  Looks great !

I also spotted a lady in the basketball area doing what looked like Tai Chi. 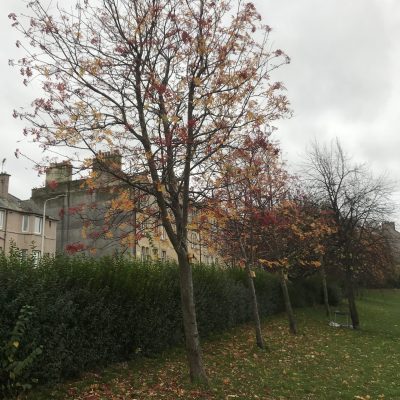 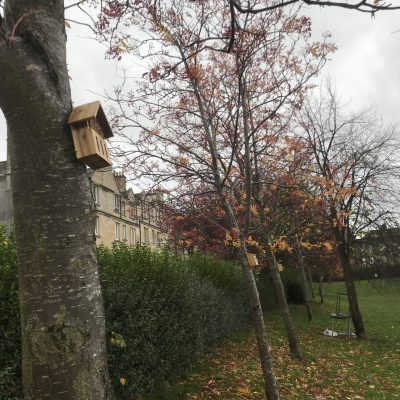 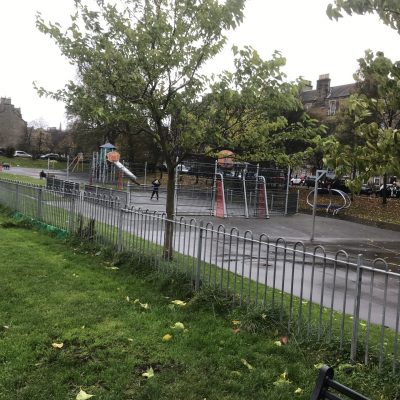 Hannah posed for this photo yesterday (Day 221) at the final day at The Melting Pot at Rose Street. 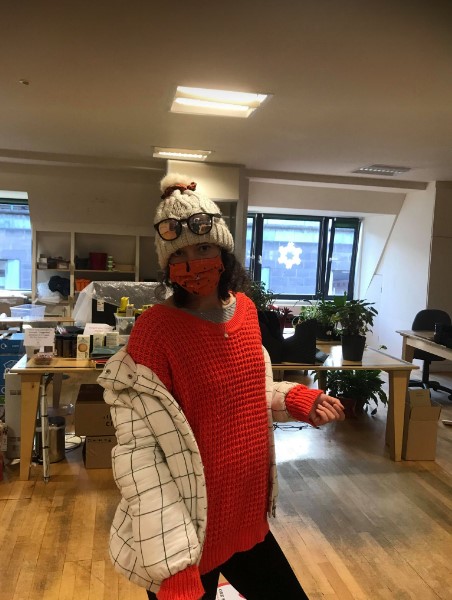 Thanks Hannah – love it – very stylish 🙂

If you have a face-mask that you love, please share and you can also appear in Face-Mask Corner.  Also, let me know where you got your face-mask and we can promote it.  I’ve bought two face-masks from different sellers/shops, which came from Face-Mask Corner!

“Hi Jim
With regards to Chris’s mask. The inner part may be reusable but the actual outer part of the mask could potentially be covered in germs/virus. The whole mask should be washed”.

Thanks Ian – Good point!  I will pass this onto Chris 🙂

Today, Danny introduced me to Pomplamoose.

I just love this music video – which is shot in one take.  It’s called Happy Get Lucky, a mash-up of three songs.

All the effects are created with only white foam board and one single projector! 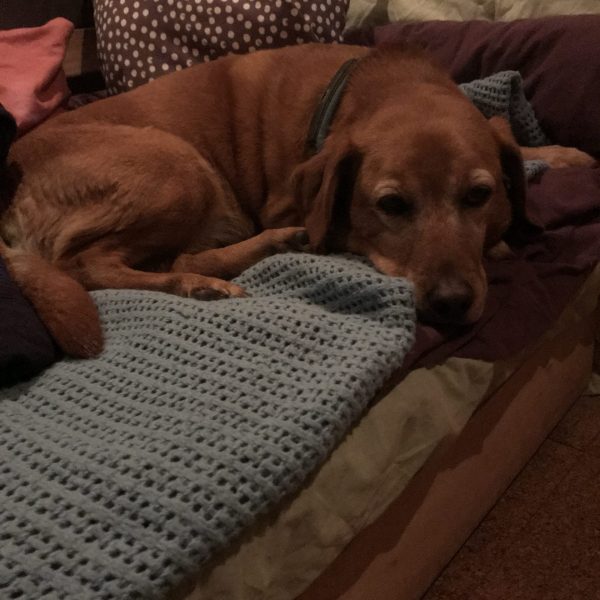 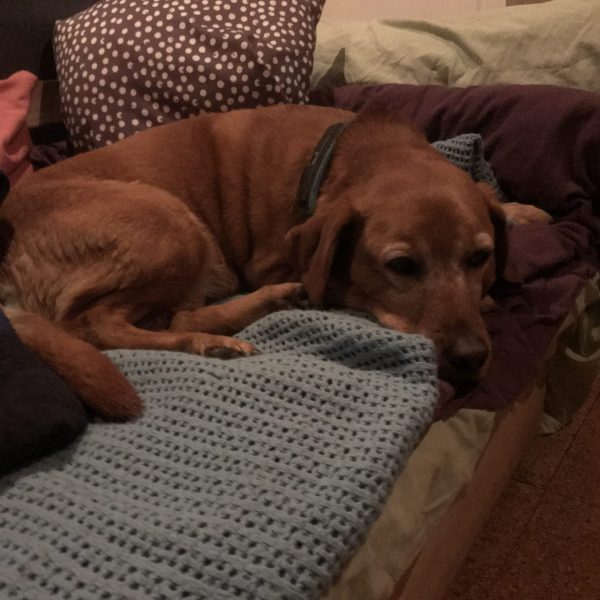 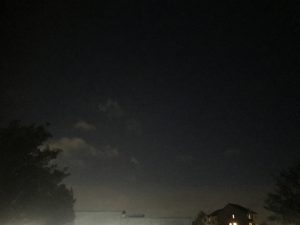 As I come to the end of this blog, I am super tired, as it has been a long day.  But I am feeling super excited to soon be living on my boat.  It feels like home now, with all my things on it.  It made me realise that ultimately, where ever you live, you can make it your own, with your belongings.  It’s less than 7 1/2 weeks, since I first saw the advert of the boat.

I wasn’t planning on buying a boat before then, so its been a big change in a very short period of time.

With a lot of my belongings on her now, it feels like a mini version of my flat and actually really surprised how much space I have got 🙂

Hopefully when I write this blog tomorrow night, I will have everything on the boat!

Today, it has been really really windy, my poor boat has been blown around lots!  It rained at times too, but still pretty warm through the day.  The temperature has dropped a little now, but it is nearly 2am.

Honey the Dog has been a unsettled with the fireworks.  She never used to be bothered by bangs and fireworks, but now she is.  Does that come with age?

Hope you are having a great weekend.