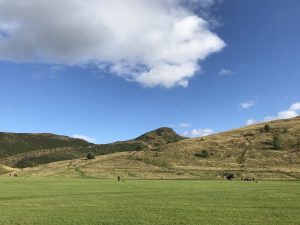 I must admit that I am getting quite used to wearing a face-covering in shops.  The annoyance of wearing it – the un-comfortableness of it – the hotness of wearing it – has all disappeared!  I guess it’s muscle memory 😉

In fact, I think it is due to travelling on the train and having to wear if twice for an hour non-stop.  That time helped me get used to it.

I recall the first time I wore it, back on Day 76, on the bus.  I hated it, it felt wrong and it kept falling off.  Now it is fine!  I have no problem with it falling off and it is starting to feel like normal!  I carry alcohol gel where ever I go.  Pour some on my hands before going into the shop.  Pull it up, then alcohol gel when leaving the shop and pull it down.

I must admit I do wear if round my neck most of the time.  I know they say that is probably not so good for keeping the face-covering virus free, but its a lot easier doing it that way.  It now has a “home” where I know it is and doesn’t take up more pocket space – which is limited to start with! 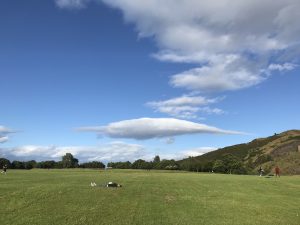 Tuesdays have become my day of tiredness!  I always seem to make an extra effort to get this blog written early, so I can be asleep by 1am and then I feel more refreshed and motivated on Wednesday!

It’s great listening to an audible book that I am really enjoying, not many have caught my interest for a good few months, if not years!  I look forward to an hour long walk on Arthur’s Seat just to listen to it.  It’s Lost Connections: Uncovering the Real Causes of Depression and the Unexpected Solutions, by Johann Hari.

Today, he was talking about loneliness, isolation and how it affects our energy, connections and mood.  It made me think a lot about lock-down and how that affects us.  I will have to listen to it again and pull out some quotes, when I have more time.

He was touching on the idea that when we are isolated, we become scared of leaving the area we feel safe in.  We pull back on venturing beyond where it is safe, usually our home.

But it made me think of the ‘geographical bubble’ that I keep talking about and how we feel anxious and fearful of leaving where we feel safe.  Usually just a few miles of where we live.  I wonder, whether the isolation and loss of connection with others and the world has led us to this place during lock-down?  For many, people have spent weeks and weeks on end not leaving their house – at least for me, I have Honey the Dog to take me out the house and into the world.

I will get back to you with the exact quotes on this later in the week. 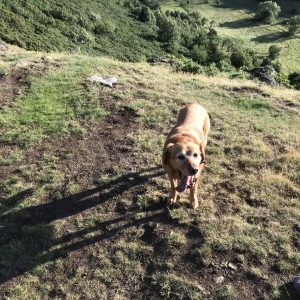 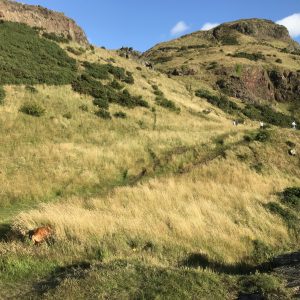 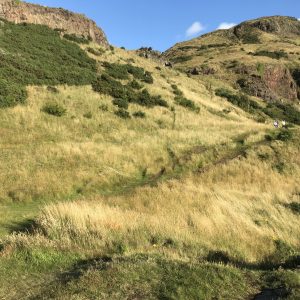 We come to my tenth and final in the series of life drawings I did at my one and only life drawing class many years ago! 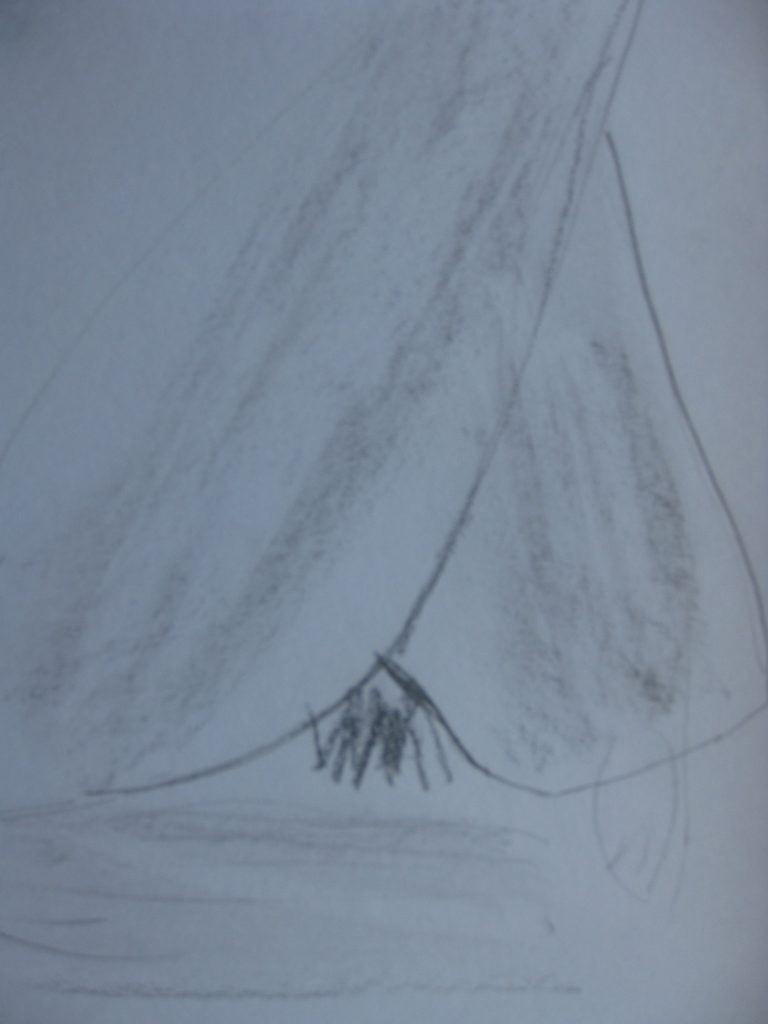 Just one post in Readers Corner today, from Brian!  He seems to have been saving up lots to say 😉

I’ve been catching up on the blog as I’ve been worried about missing an instalment and realised I had almost missed the demise of It ‘Made Me Smile!’ Whaaaaatttt!?

It’s my favourite section and I was horrified that if we can’t smile during lockdown what hope is there for humanity?!

I was also amused at the plight of Matt thinking he is always mentioned last in Readers Corner – or should it be Readers’ Corner? – and thought I would point this out in my next contribution…AND THEN it struck me like a bolt of lightning! My mother has gone on holiday in Broadway this week!! “Where is Broadway,” your blog readers may ask? Why, it’s the home of Matt of Readers’ Corner fame, which I know because the the picture of Matt standing in front of the sign always appears at the end of Readers’ Corner when he pops up!!

Anyway, I’ve somehow forgotten to mention the fact that my mother was maybe going to go there. My sister’s brother in law was living there until recently and she was down with her family a couple of weeks ago staying in his house. His mother (it my sister’s mother in law) and my mother were also plotting to go on their own holiday there…and they arrived last night!

Maybe Matt could recommend something to keep them out of trouble over the next week?!

If you are wondering how my mother has been able to go on holiday to the Cotswolds when we had to cancel our annual trip to the Outer Hebrides I have been asking myself the same question!!

At least she is not in Spain, I suppose!”

Thanks for all that Brian!  Although, I don’t think Matt lives in Broadway!  Perhaps he used to live there or was on holiday there?  Perhaps you don’t remember reading Readers Corner on Day 32, when I said Matt lives in Birmingham!  But I am sure Matt will let you know his actual connection with Broadway?!

As this is Brian’s favourite section, it’s rather apt that he has sent me something for this section too!

I’ve got a contribution for It Made Me Smile… although it could ALSO work if you were to consider possible NEW sections of the blog, such as It Made Me Dance…which it did…or Musical Corner!

Lots of people have been sharing this new lockdown video created featuring the great Glasgow singer Jenn Butterworth – one of my favourites! – with special guests fiddler Sam Sweeney and concertina player Rob Harbron!

It’s been shared by Barbara Dickson, Karine Polwart and many more…!

See if it gets you dancing and singing along – it really worked for me!”

Thanks Brian!  Yes – it didn’t get me dancing, but my foot tapping 🙂

Does this song make your Dreams Come True? 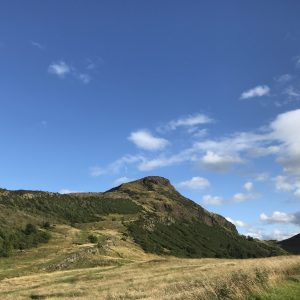 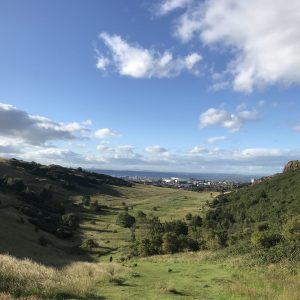 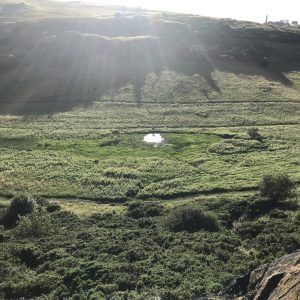 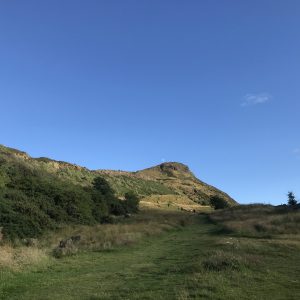 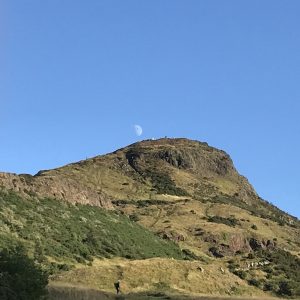 This was on a sunny, but very windy hill, half way up to Arthur’s Seat! 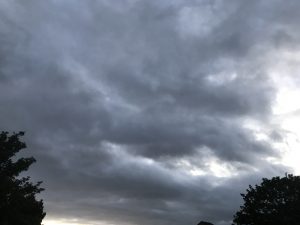 As I come to the end of today’s blog I am feeling super tired!  But I should be in bed just after midnight, rather than the usual sometime after 1am 🙂

It’s been sunny today, but really really windy.  The sunset I spotted about 45 minutes before I went out for my bedtime walk with Honey, had blown away by the time we got outside.

The other thing I am noticing, is it is getting darker again.  We were going out in broad daylight at 9.45pm, now it is pretty dark by then and we have to go out at 9.30pm and it is getting slightly darker by then! 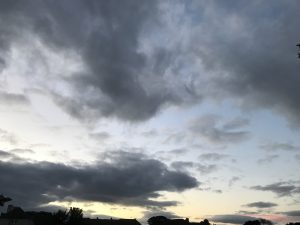 The nights are starting to draw in.  I’ve never remembered seeing this before, but then usually we are gearing up for a busy month of August and the Edinburgh Festival Fringe!  With all the excitement that comes with that 🙂

Hope you’ve all had a great day!