About Jim the Magician

Jim is a professional sleight-of-hand magician based in Edinburgh, Scotland. He specializes in performing at Corporate Events and Weddings. 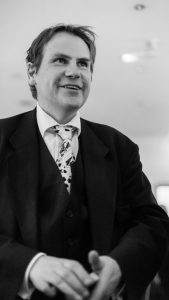 Jim is a professional sleight-of-hand magician based in Edinburgh, Scotland.  Jim provides a mixture of interactive energising close-up magic with cards, a ring, rubix cube, KitKats and some mind-reading.  He is well known for making various objects disappear and reappear in impossible locations, check out the video page on this website.

He specializes in performing at Corporate Events and Weddings.  Although, he also performs at Christmas Parties, Private Parties, Dinners, Restaurants, Bars, Stag/Hen Parties and Festivals across Scotland and beyond.  From the many Google Reviews, it’s clear Jim’s magic will amaze and astound you and your guests.  The closer you are the more amazing it is!

Jim has performed for many big companies including:

Jim is resident close-up magician at the world famous Pleasance Courtyard at the Edinburgh Festival Fringe.  He is also resident magician at The Pitt Street Market (Edinburgh) and Heb Celt Festival (Stornoway).

Jim has 60 FIVE STAR Google Reviews, which you can find by doing a google search for ‘Jim the Magician Edinburgh’.  Or click on this link, where all my Google Reviews are linked on my website – www.beyondbeliefmagic.co.uk/testimonials/google-reviews 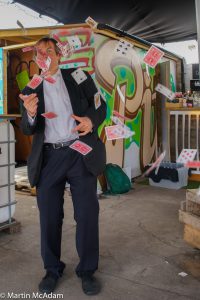 With a background in Training and Development, Jim also teaches magic.  So if you are keen to learn some magic yourself, one of Jim’s magic classes may be just what you need.  He can provide one-to-one lessons and group classes.

In recent years, Jim has put on a ticketed show at the Pleasance Courtyard in the Edinburgh Festival Fringe.  ‘The Magic of Jim’ had sell-out runs in 2015 and 2016.  In 2018, Jim was specially commissioned by Edinburgh Art Festival to put on his show ‘Madness: Reality or Illusion’.  This which was a cross between a magic show and a lecture exploring what is real and not real in relation to mental health, magic and spirituality.  Check out some photos by CLICKING HERE. 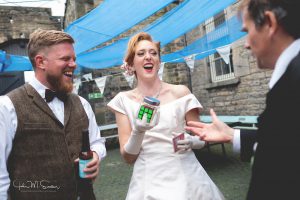 “Jim came to entertain us at the Mortonhall Golf Club Dinner and his performances going round the tables was one of the highlights of the evening. Every so often we heard the people at the tables burst out in spontaneous applause, which was usually accompanied by looks of bewilderment and questions of “How did he do that!!! I would recommend Jim for any type of event where you are looking for quality entertainment and amazing magic.” (Edinburgh, 2019)